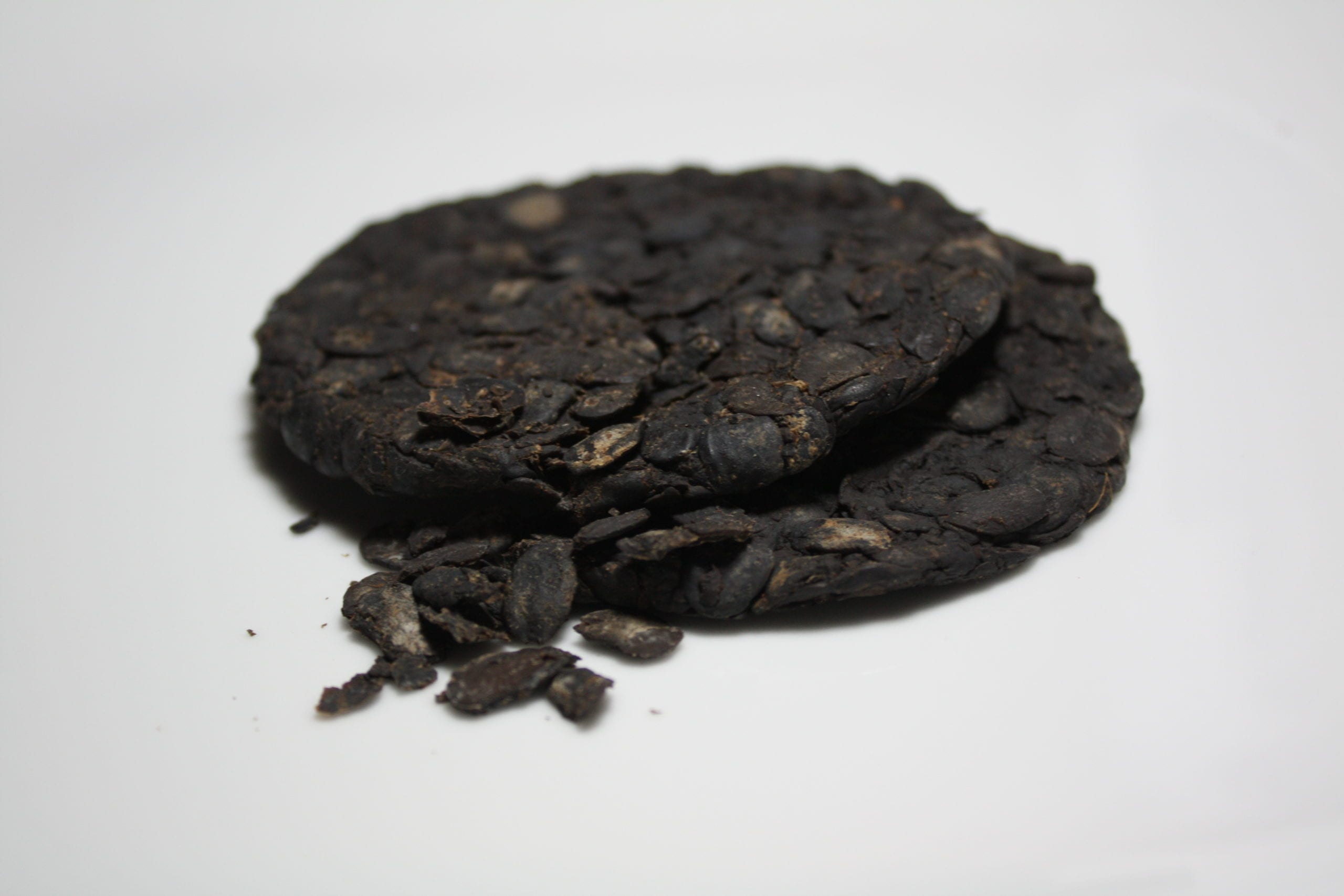 A seasoning native to West Africa, DawaDawa are seeds from a very common large & tall tree and it is related to the legume family. The flavoring seeds are rich in protein and add an unmistakable flavor to a meal. It stimulates the umami taste on the tongue. The seeds are contained in a relatively large fruit that is very sweet (it contains a lot of sugar!).

Methodology
The seed contained are in rows and are extracted by removing the surrounding fleshy parts of the fruit and boiling the seed for up to 24 hours. The boiling process is to soften the outer shell of the seed. The cooked seeds are then transfered into a mortar and pestle and pounded to break open the seeds from its tough shells. The shelled seeds are then slowly boiled again for a few hours until a paste is formed and set aside to ferment for up to 72 hours. It is then formed into little cakes and stored. It keeps well in tropical heat and refrigerated.

DawaDawa has a paste like consistency with some the seeds present. It has a black appearance and a strong pungent smell. The smell can be reduced by cooking it. DawaDawa is best used in the preparation of traditional West African Savory stews/soups like Okra or Ogbono soups.

Recently there has been some news about the African locust bean. It has gained some interest in the Nutraceutical (Vitamins)  market as being able to slow the rate of food digestion and improving insulin response in people with diabetes.