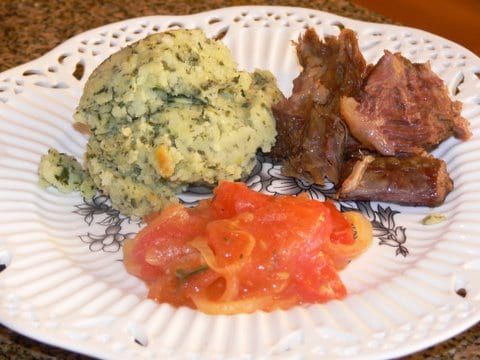 Home to Mount Kilimanjaro and to the second-largest fresh water lake in the world — Lake Victoria, East Africa is known for its beautiful scenery and wild animals such as elephants, lions and rhinoceros. The countries of Kenya, Uganda and Tanzania are all located in this region.

East African cuisine is as varied as its landscape blending local traditions with foreign influences. Arabs settled the coastal areas of East Africa some 1000 years ago, and centuries later, Portuguese, British and Indians followed. Each group of settlers brought their food products, spices and cooking techniques that are now popular in the region.

Along the coast, the Arabic influence prevails, and the cuisine of this area includes steamed rice with Persian spices, pomegranate juice and other Arabic spices such as cinnamon, saffron and cloves. The Portuguese brought cooking techniques – among them roasting and marinating – along with a variety of spices to add flavor and aroma to the otherwise bland East African diet. From their colonies in Asia, the Portuguese also brought oranges, limes and lemons as well as exotic foods such as domestic pigs, tomatoes, corn, pineapple, bananas and chilis – many of which are still common in the region today.

The Indians and British are credited with bringing spiced curries and soups, pickles and chapatti, unleavened flat bread that is served with curry dishes. In some areas of East Africa, cattle is viewed as a form of currency or wealth; therefore, meat is absent from the diet.

Similar to polenta and to fufu in Central Africa, ugali is the most popular dish in East Africa and is a cornmeal mash made from ground corn flower or maize. With a dough-like or porridge consistency, ugali is predominantly eaten with soups and stews.